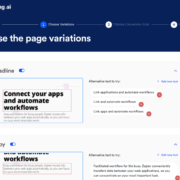 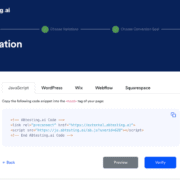 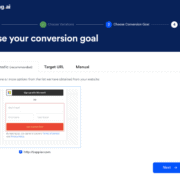 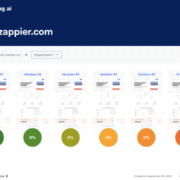 ABtesting.ai will intelligently suggest what to change on your landing page so you can achieve a higher conversion rate and will run tests to determine if there’s an improvement. More

Automatic detection of elements to test with AI

Many A/B tests will fail not because you don’t have enough visits on your page but because you chose the wrong things to test and the things you chose will not actually change in any measurable way your conversion rate.

So you might get stuck running an A/B test for months trying to achieve some statistical significance on a 0.5% conversion rate improvement.

ABtesting.ai will intelligently suggest what to change on your landing page so you can achieve a higher conversion rate and will run A/B tests to rigorously determine if there’s an improvement.

ABtesting.ai won’t get stuck trying to optimize things that don’t actually matter. The early detection system will find out early if a test has a low probability of giving you a big conversion rate improvement and will cut it out before it ends.

The software recognizes Titles, copy, buttons, and images, and automatically generates suggestions with AI for you to test. You can easily edit them to align them with your marketing intentions.

The multi-armed bandit algorithm will show the most successful variation more often, so you never lose conversions while running the test. This approach will make your experiment find a winning variant quicker than with traditional A/B testing, and you will never have any risk of losing conversions while testing.